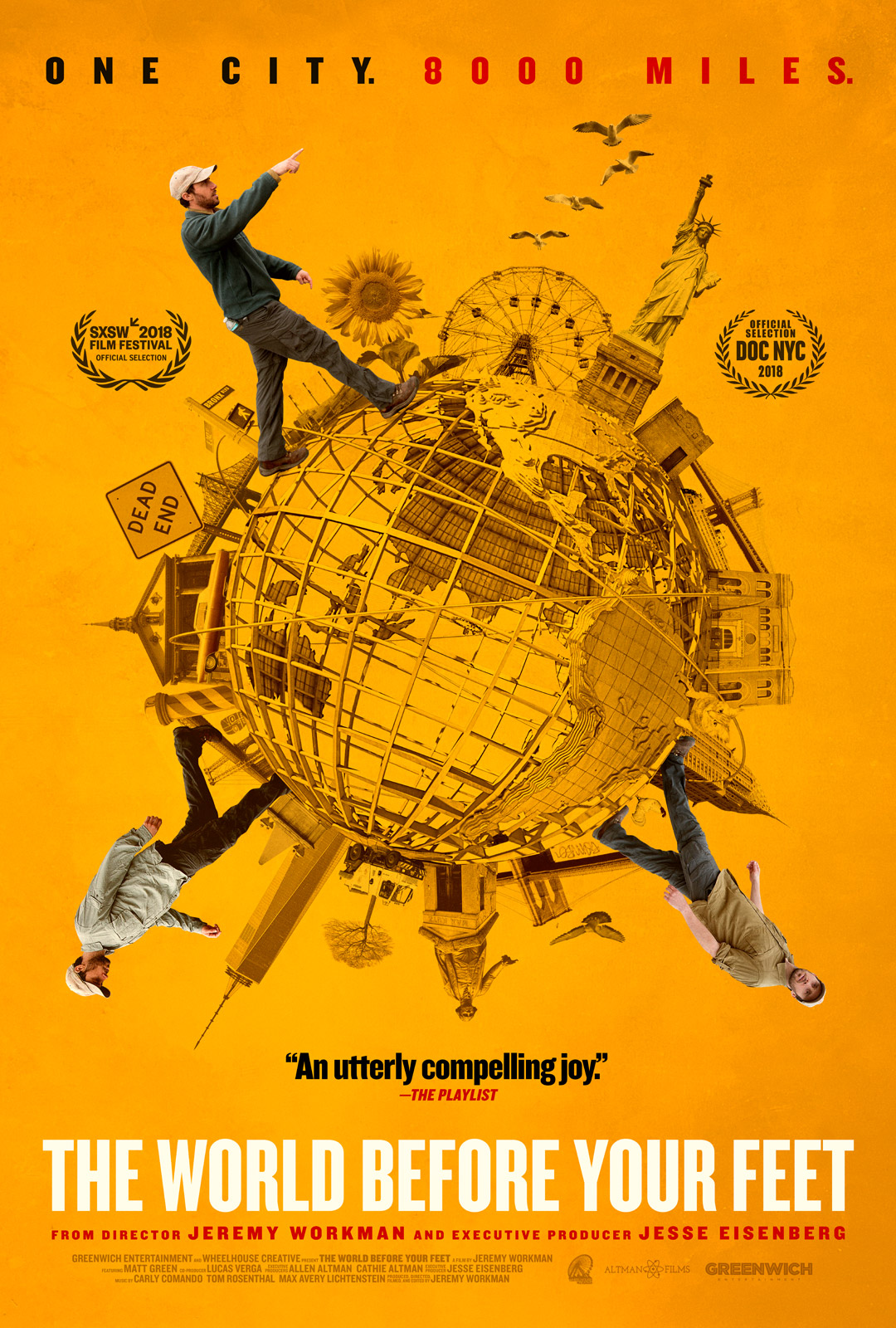 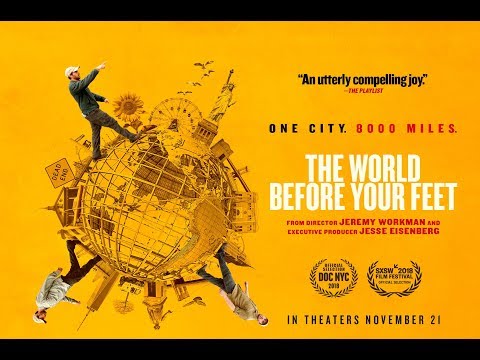 The World Before Your Feet

There are 8,000 miles of sidewalks, paths and roads in New York City, and for the past six years Matt Green has been walking them all–every street, every block, every pedestrian overpass, park lane and hiking trail. A journey that stretches from the heart of Harlem to the marshes of Staten Island, Matt’s walk is a pursuit of anything that catches his eye, be it a national landmark or a humble manhole cover. Over time Matt has amassed an encyclopedia of surprising New York trivia and underground history, informed by his own research and conversations with the amused but supportive New Yorkers he encounters along the way. Director Jeremy Workman accompanies Matt as he walks towards completing his goal through neighborhoods rarely seen onscreen, chronicling the unusual daily routine of an exceptionally curious young man. Forgoing his former engineering job, his apartment, and most of his possessions, Matt sustains his endeavor through couch-surfing, cat-sitting and a $15 per day budget. He’s not sure exactly why he’s doing it, only knowing that there’s no other way he’d rather spend his days. Executive produced by Oscar® nominee Jesse Eisenberg, The World Before Your Feet is an authentic tribute to New York and the freedom to be found in the simple act of putting on one’s shoes and taking a walk outside.

“Showcases sides of the city you rarely see in movies and that make it such a strange and fascinating place.”

“Lovely… The film has inspired me to get outside and look around, and I’m sure it will do the same for you.”

“Endearing… A gotham-set charmer about the pleasures of wandering.”

“An utterly compelling joy…An exercise in paying attention to all the things normally overlooked.”