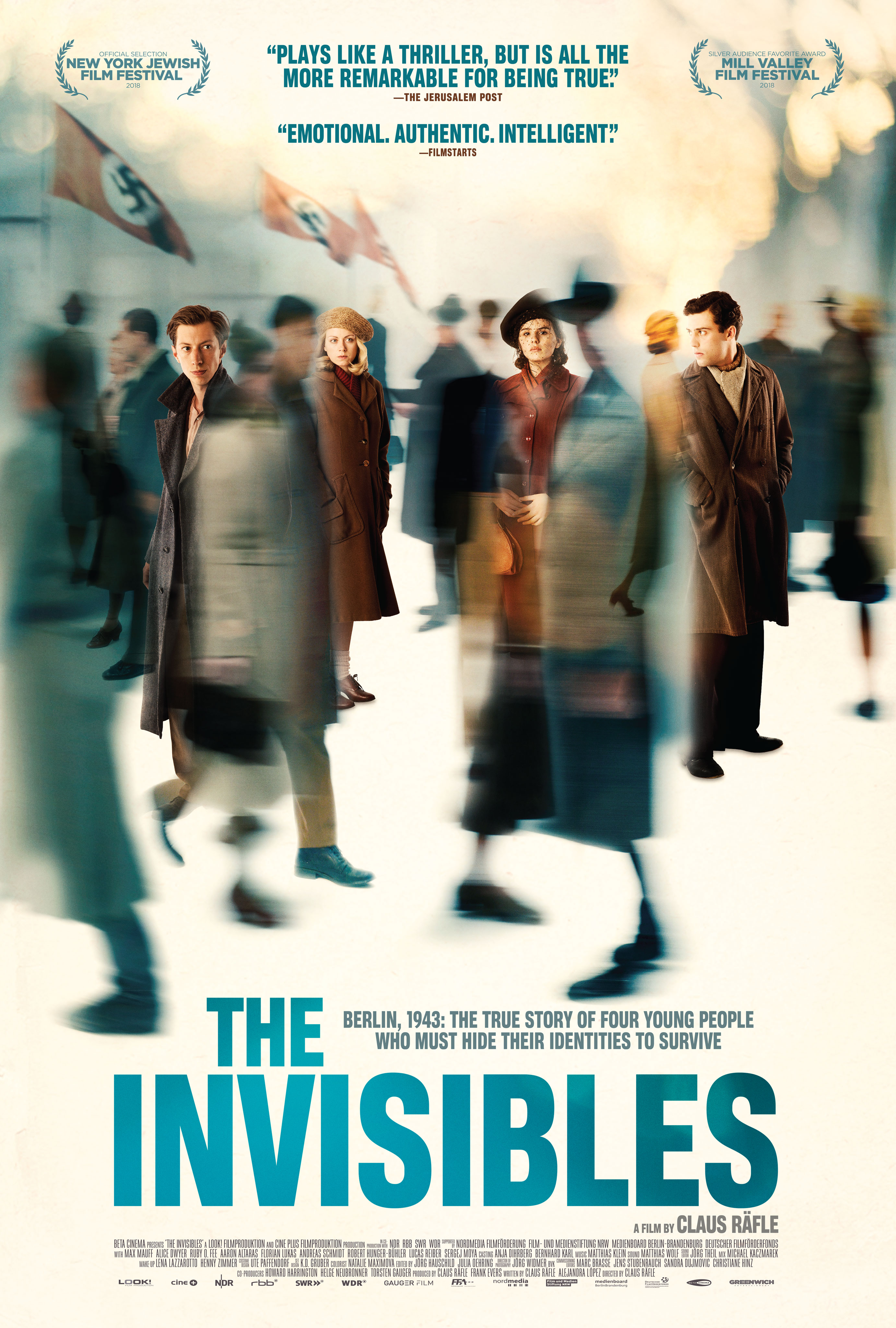 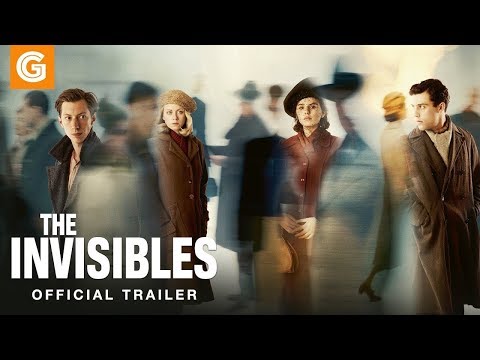 Four young Jews survive the Third Reich in the middle of Berlin by living so recklessly that they become “invisible.”
Hanni, Cioama, Eugen and Ruth. Four ordinary German youths trying to navigate the scarcities and prohibitions of Berlin at the height of World War II. They hailed from different social classes and different neighborhoods, but they shared a single common secret: they were Jews.

While Goebbels infamously declared Berlin “free of Jews” in 1943, some 1,700 managed to survive in Nazism’s capital until liberation. Claus Räfle’s gripping docudrama traces the stories of four real-life survivors who learned that sometimes the best place to hide is in plain sight. While moving between cinemas, cafés and safe houses they dodged Gestapo and a dense network of spies and informants, knowing that certain death was just one mistake away. Yet their prudence was at odds with their youthful inclination towards recklessness, sometimes prompting them to join the resistance, forge passports, or pose as Aryan war widows. Masterfully weaving the different story threads together, The Invisibles is a testament to the resourcefulness, willpower, and sheer chance that permit us to survive against incredible odds.

“Emotional, authentic, intelligently staged and an under-explored subject: The Invisibles is one of the best German films of the year.”

“Anyone who believes that they are sufficiently informed about the subject of the persecution of the Jews will have to admit after this film that they did not know a great deal.”