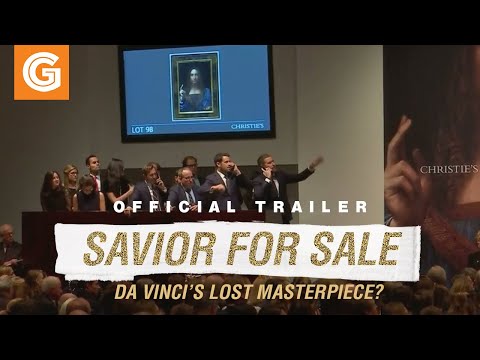 A modern tale of globalization, THE SAVIOR FOR SALE delves into the unknown secrets of the art world and explores the influence that one painting can exert on personal and geopolitical interests, weaving links between the auction houses of New York, a revered da Vinci expert, an opportunistic Swiss go-between, a Russian oligarch, the Louvre in Paris and an Arabian prince. An astonishing journey on the hidden trails of money, power and deception behind this questionable masterpiece.

After mysteriously reappearing, the painting titled Salvator Mundi (The Savior of the World) was sold at Christie’s for a record 450 million dollars in 2017. Attributed to Leonardo da Vinci after its discovery, what became the most expensive piece of art ever has unleashed passions while revealing the excesses of our time. But is it really the work of the Italian genius, or one of the greatest scams in the history of art?

“A masterpiece that is entertaining, elegant, and revealing.”

“Feels like a thriller rather than a documentary. Riveting.”